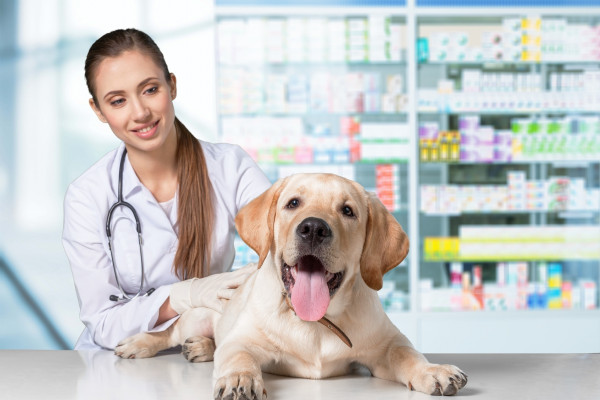 In the initial stage, gingivitis is usually noticeable by an unpleasant odor from the mouth. If the dental disease continues, it can lead to loss of teeth. Gingivitis is common to dogs. About 85 percent of all dogs are affected by the inflammation at least once in their lives. For that reason, your dog's teeth and gums should be given as much care as your own. In this article, you will learn which remedies for gum inflammation help, what are the underlying causes of the disease and what symptoms are shown.

Cause: This is how gingivitis develops

Gingivitis is inflammation of the gums. Depending on the severity, the gums of the affected dogs are only partially or completely inflamed. The cause of gum inflammation in dogs as well as in humans is usually plaque and tartar, which provide an ideal breeding ground for bacteria. Plaque forms on the surfaces of teeth after ingestion and gradually solidifies into tartar. While the whitish-yellow plaque can be removed by a thorough dental care, tartar can only be removed by veterinarian who sets the animal under anesthesia. If the tartar is not removed, the bacteria attack in the further development of the gums and cause further inflammation. In addition to a lack of dental care and injuries in and on the mouth, which develop particularly quickly when dealing with sticks, stones and plastic toys in the dog, cause gingivitis. Also, the diet of dogs with soft food can lead to inflamed gums. In addition, some dog breeds such as the Toy Poodle and the Pug even have a genetic predisposition to develop gingivitis.

Symptoms: This is how the gingivitis manifests

A gingivitis manifests itself in the dog by reddened and swollen gums. Similarly, bleeding gums are one of the symptoms. A foul and unpleasant odor from the mouth of dogs is typical. In addition, the inflammation of the gums usually causes pain. So that dogs suffering from gingivitis often eat poorly. However, a large proportion of dogs continue to show their usual appetite despite gingivitis. Therefore, even attentive pet owners often do not immediately realize that their pet is suffering from such an inflammation. If the inflammation continues in the dog, the periodontium can also be attacked. In this case, one speaks of periodontitis, which can lead to tooth loss without veterinary treatment in the dog. In addition, the bacteria can get from the mouth via the bloodstream in other organs of the dog such as the heart and kidneys and damage them permanently.

Treatment of gingivitis in the dog

If you suspect that your dog is suffering from gingivitis, you should go to the vet. The treatment that the veterinarian initiates depends on how far the inflammation goes.
In severe cases, it may be necessary to clean the teeth by pulling loose teeth. It is also often necessary to take an antibiotic so that the inflamed gums can heal.

To prevent gingivitis in your dog

The best way to prevent gingivitis in your dog is to have full dental hygiene, which includes first and foremost regular brushing. This is also the case following a treatment at the vet. Regularly brushing your dog's teeth will deprive the noxious microorganisms in your four-legged friend's livelihood. This prevents plaque and tartar, which is the cause of gum inflammation, from forming, making an important contribution to the health of your pet. Dogs that have a genetic predisposition to gingivitis can also support you with optimal dental care for the health of your teeth and gums. The best way to start is to practice regular oral hygiene.

When brushing dog’s teeth, use only toothbrushes and toothpaste that are especially suitable for dogs. Toothbrushes that are offered to people are usually too hard for animals. The bristles can easily hurt the sensitive gums and additionally increase inflammation. An equally gentle and thorough tooth cleaning is needed here - especially if the gums of the dog are already irritated. With the emmi®-pet ultrasonic toothbrush, a tooth cleaning procedure is now available from specialist retailers, which not only effectively prevents gingivitis in dogs, but can also be used for existing inflammations of the gums.

Ultrasound as an effective remedy for gingivitis

The ultrasound toothbrush works 100 percent on the basis of ultrasound and produces by their vibrations millions of tiny little bubbles that due to their size easily reach all places in the oral cavity, where they implode and eliminate food residues, bacteria and dental plaque. The micro-bubbles even penetrate deep into the gums and the gum pockets of animals and clean them thoroughly. Thanks to the innovative mechanism of action, cleaning with the emmi®-pet ultrasonic toothbrush also eliminates the need for brushing. It is sufficient if you hold the toothbrush to the teeth of your four-legged friend. This makes tooth cleaning with the ultrasonic toothbrush in dogs painless even if the gums are sensitive or already inflamed. The massaging effect of the emmi®-pet also stimulates the circulation of the gums. Because the ultrasonic toothbrush works almost non-contact and completely vibration-free and noiseless, it is particularly well accepted by the cat and dog during care. With this the emmi®-pet supports your beloved four-legged friend in the regular prophylaxis against gingivitis as well as in sensitive and already inflamed gums.